Never have I ever gone to Costco alone.  On a Wednesday morning, childfree with just toilet paper and coffee on my list, I figured I’d be in and out in under ten minutes. What I didn’t expect was that open spaces in the parking lot would make me think of the Dixie Chick’s Wide Open Spaces

Since watching Chitty Chitty Bang Bang or maybe it was Sound of Music, I’ve always believed that I was meant to live life with a soundtrack.  Most experiences bring some sort of song to my head and I can honestly say, life is much more interesting this way.  I quickly found a parking space, got a cart then entered the wide open space of Costco on a weekday.

Without others, the cool interior of the building, the slight scent of fresh baked something, and the nearly empty aisles beckoned me to explore.  My internal soundtrack shifted to a reggae style island instrumentals as I made my way through the televisions and appliances to SCHOOL SUPPLIES. I was able to admire them without adding a single one to my cart.

I studied the Disc Golf for several minutes and imagined watching friends and family play in my backyard or on camping trips.  Had my husband been there, he would have tested it.  Had my children been there, they would have said we’d never play but then told me about the times they’d played the game.   Had my friends been there they would have asked how I’d fit the large box AND toilet paper in the back of my car.  Since I was alone, I simply smiled, studied then continued on my quest for toilet paper.  Toilet paper wins over toys every time.

I enjoyed samples near the meat section.  The delicious chicken curry concoction tasted like time with friends.   Using my tiny spoon, I enjoyed the the hints of coconut and lime while recalling the time Shelia served this exact thing on a wine outing.  Who knew that a sample could bring back memories of a sunny day shared with favorite friends?  I added Sukhi’s Chicken Coconut Curry to my cart 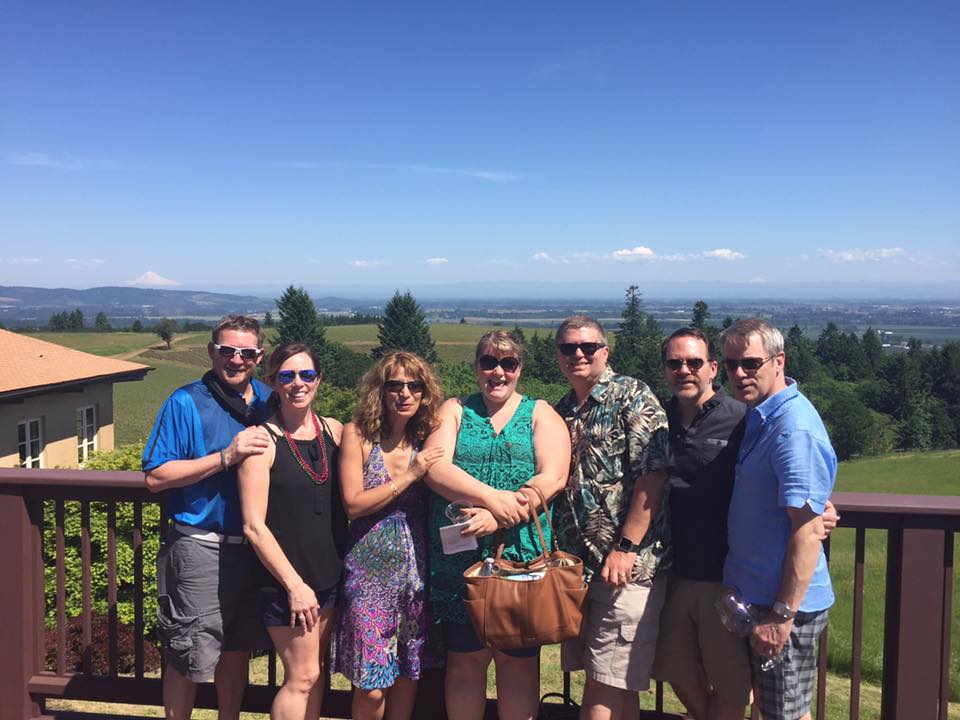 In the wine aisle, I noticed for the first time that Costco’s price label also has information about the product.  Seeing local wines next to a friend’s favorite label from New Zealand, I was again amazed by the flood of memories that came simply from pausing in the unhurried aisle.  At Kristin’s house, I’m certain I tasted notes of passion fruit and this lead me to think about when I went to Hawaii, all by myself to visit my son.  More memories– the reggae soundtrack continued. 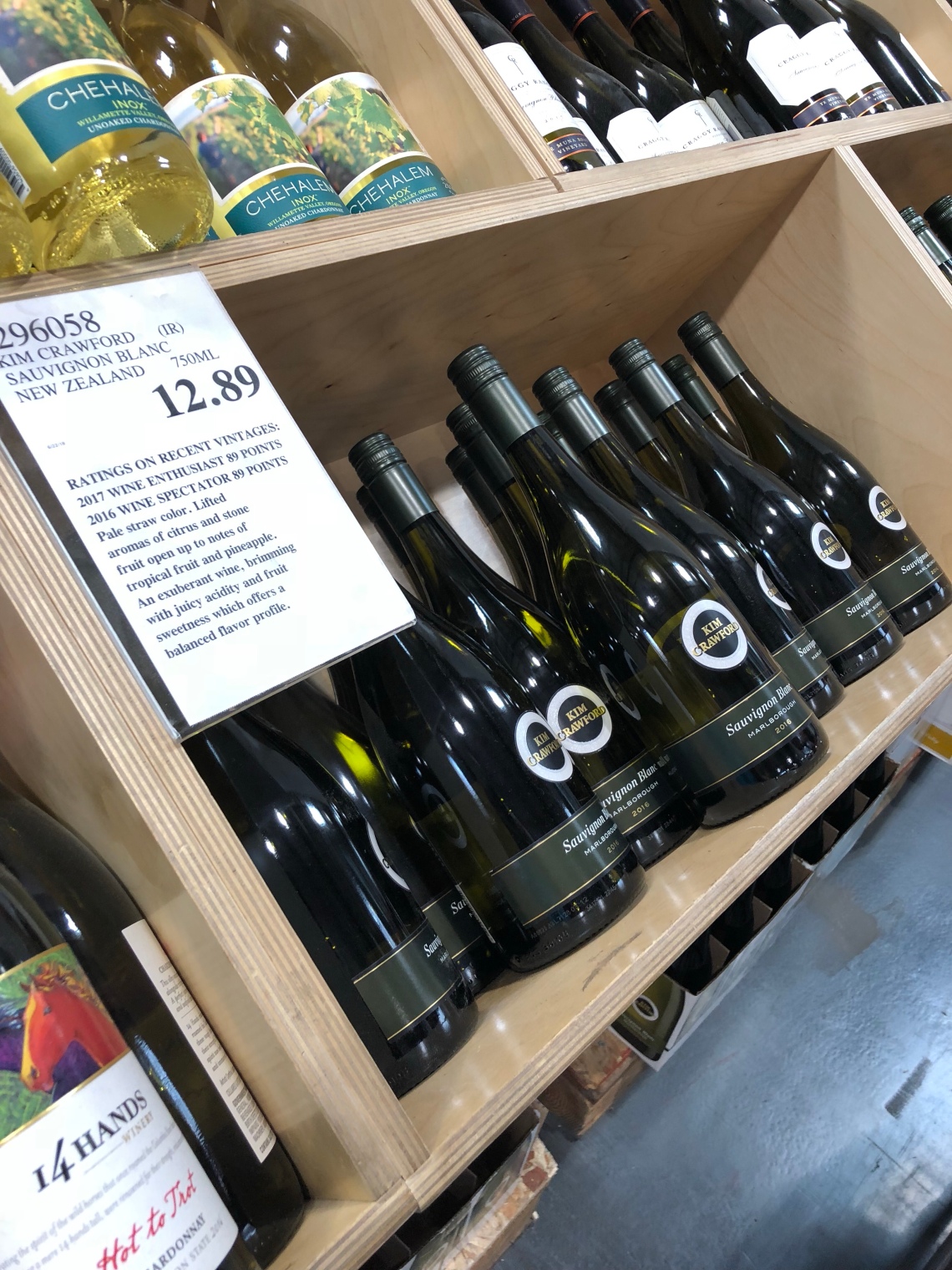 I may have told several people that I was shopping alone for the very first time and they seemed to understand my bliss.  The mid-week, mid-day Costco crowd is friendly!  In the parking lot, another shopper, a 74 year old Harley rider who had somehow managed to empty his entire cart into the hidden compartments of his bike, told me about a trip he’d taken from Washington State to Southern California.  I wish that I’d taken notes because I’m sure it wasn’t called the Buns of Steel run (I’m sure that the Kim Crawford wine label made me think of the Cindy Crawford exercise video for tighter fannies so I’m stuck on that as a name) but something very close.  He said that when you ride a bike, you only take what you really need.  It took him 74 years to know what he really needs and though his steely buns ache after long rides, he knows that those with him on the journey are the most important.

I spent an hour and $234 at Costco today.   So relaxed by the end, I felt like I was leaving a spa as I pulled away from the parking lot.  Costco alone was indeed special but only because of the memories I’ve made with others along the way.