Clutterfree by Kathi Lipp is currently my favorite book!  Little by little, I’m easing in to a more sustainable lifestyle by applying the principles shared in her book.  This has been especially important during a time of HUGE transition in my life.

By August, I had made so many trips to GoodWill Donation Station that they say, “see you tomorrow” as I drive away AND my Air B and B space was transformed into a restful, potentially money generating retreat.

In September, I “rented” out the cleared out room (for free to a family member, her 2 year old, an elderly pit bull and surprisingly adorable chuwawwa)

While this precious toddler sleeps, I get to knock out projects! 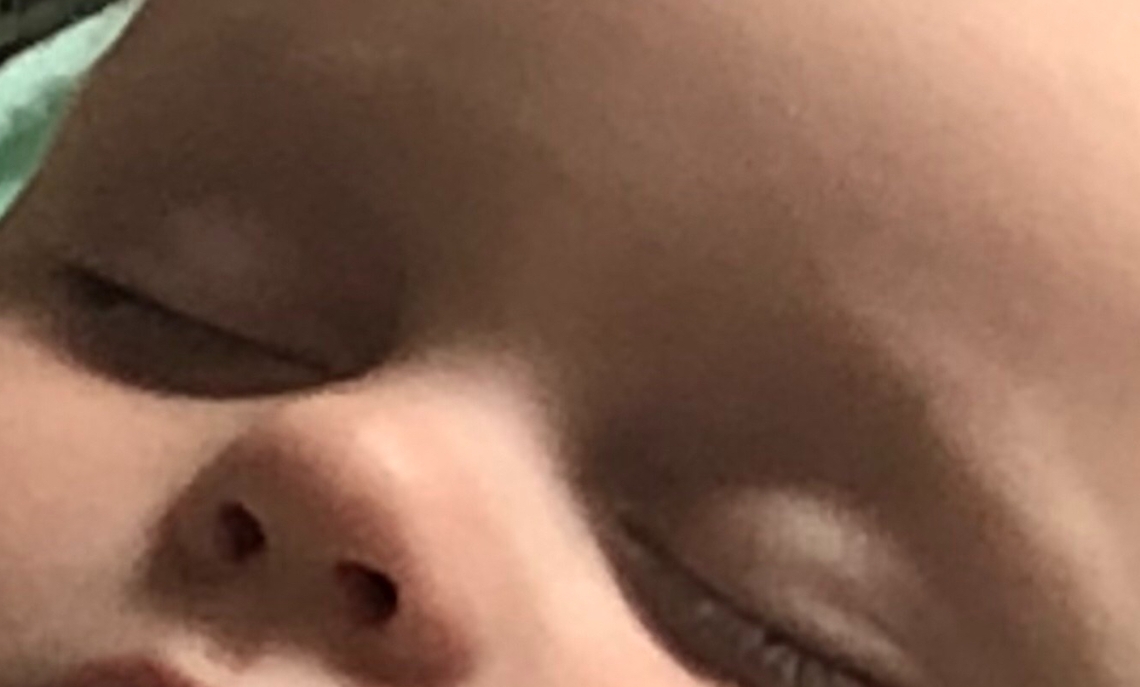 Because our boy LOVES water, I couldn’t pass up this special toy when I saw it on the end of summer sales table.

Unfortunately, my hose would not connect to the toy.  I assumed it was like an IKEA lamp shade that just had a different size of screw thread that didn’t match with what I had.  I was going to buy a new hose so we could use the $.99 toy.  Luckily, my parents visited (I’ll share later about turning my garage into a relaxing oasis since we’d “rented” out the guest room) and my dad noted that the hose head was threadbare.  He suggested finding a five-eighths inch male part to replace it.  I was stunned to learn that parts came in that size or could be purchased at the hardware store? Later in the plumbing aisle, I was surprised to learn that parts were indeed labeled male and female.

During nap time today,  I gathered supplies and tackled the project.  First, I cut off the damaged hose head.  My dad had suggested soaking the hose in hot water so that it would be more pliable when it came to shoving in the new part.  Unfortunately, I was not strong enough to insert the new metal head into the hose but a squirt of cooking spray did the trick. Once in place, I tightened the outer ring, a bit of a challenge with nonstick hands and hose, then turned on the water. 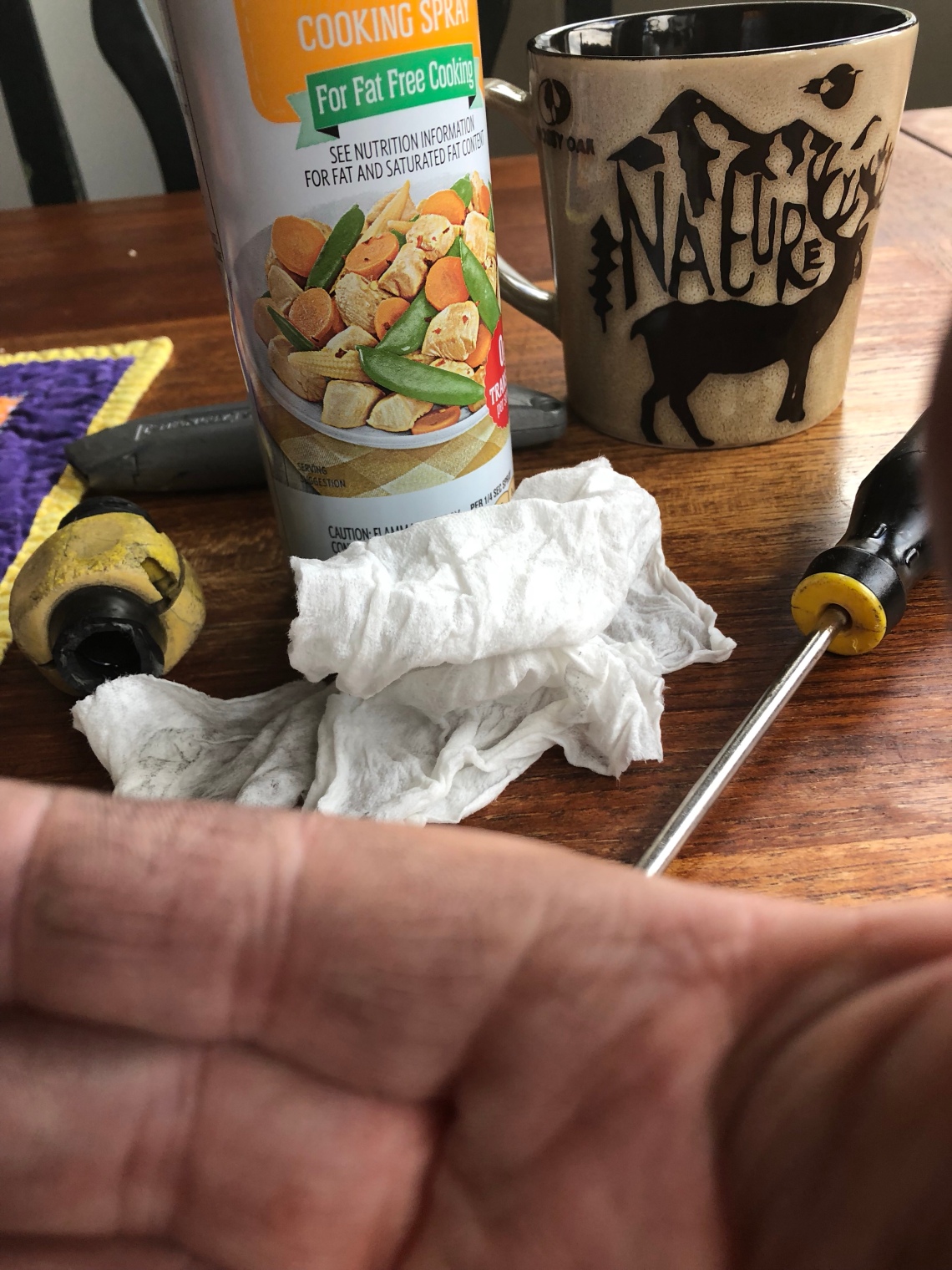 The shiny new piece worked fabulously.  Instead of buying a new hose, the $2.00 part has given new life to what I already had.  The cooking spray also made it supple and shiny but it made the dirt from the hose more easily adhere to my hands.  Next time, I’ll wear gloves.

I’ve spent the rest of nap time today, thinking about the WWII slogan Lipp mentioned in her book.  I even visited a website that showed some of the (hysterically funny) posters that encouraged people to be creative during difficult times.    Use it up Slogan

I can’t wait until we get to play outside.  Though dark clouds loom, in Oregon, we make our own blue skies with blue tarps and believe that there is no such thing as bad weather, only bad clothing choices. I hope my little guy has boots!  We are going to stomp and splash!